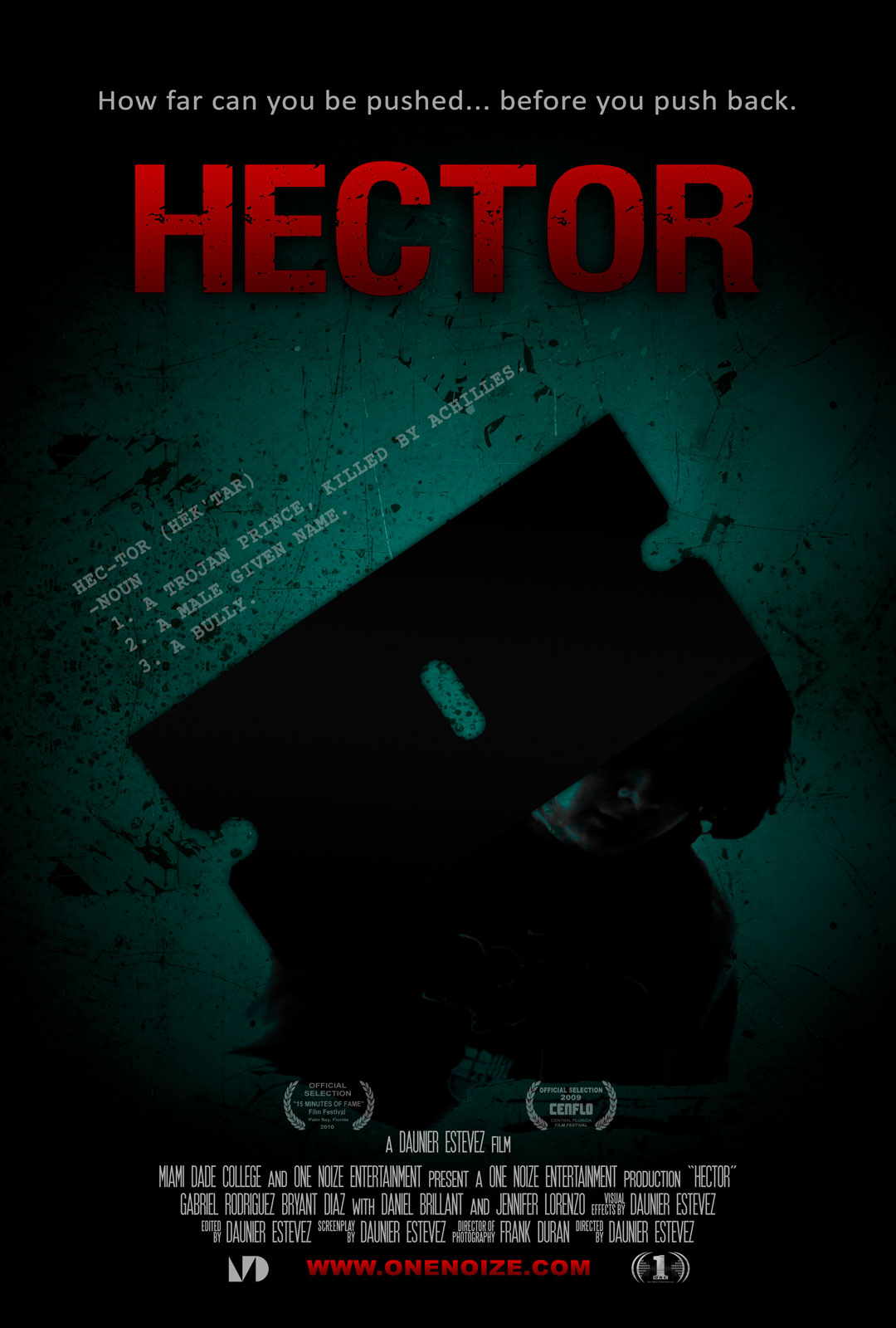 Hector, written and directed by Daunier Estevez, is the story of Henry, a kid constantly physically and verbally abused by Hector, a bully. Pushed to the limit, Henry finally decides to push back. Before confronting the bully, Henry relives the continuous harassment brought onto him by Hector. After many painful memories, Henry decides to take action. He finds Hector in a classroom and threatens him with a gun. Unknowingly he realizes that he has become a bully himself. What unfolds is a profound drama as we tensely observe Henry’s state of mind as he tries to decide whether or not to carry out his revenge.