Zentient Arts is proud to announce that South Florida PBS will be working alongside the Emilia documentary film of Cuban patriot Emilia Teurbe Tolón and how she embroidered the first Cuban national flag in 1850,

Below is the letter from South Florida PBS.

To Whom It May Concern,

South Florida PBS, the state’s largest media public company, is delighted to be working with filmmaker Luis Perez-Tolón on a new documentary titled Emilia, a personal journey and a search for ancestral roots.

Having learned that his great aunt’s tomb, Cuban patriot Emilia Teurbe Tolón, was found in Madrid and returned to Cuba for a state funeral, he embarked on a journey to unravel the mystery of her life: a pioneer for the birth of the Cuban nation and the person who embroidered the first Cuban national flag in 1850 while living in exile in New York.

This story is particularly engaging because it deals with a little known episode of Cuba-United States history. Emilia’s story will evolve through poetry, documents, letters, photographs, visits to evocative locations in Cuba, Spain and the United States, and conversations with family members, scholars and biographers. She was a 19th century woman ahead of her times and a role model for women’s contributions to the struggle for independence. Although anchored in history, it is an inspirational story told in the present and it reaches out to many of the same issues shared by Latino Americans in the Unites States today: immigration, family, separation, and a longing for the homeland.

As the program’s local broadcast partner, we look forward to its inclusion in our broadcast schedule in the fall of 2018. Beyond South Florida, Emilia will be presented to American Public Television, who as a national distributor of original programming, has the ability to distribute the programs to public television stations across the United States. 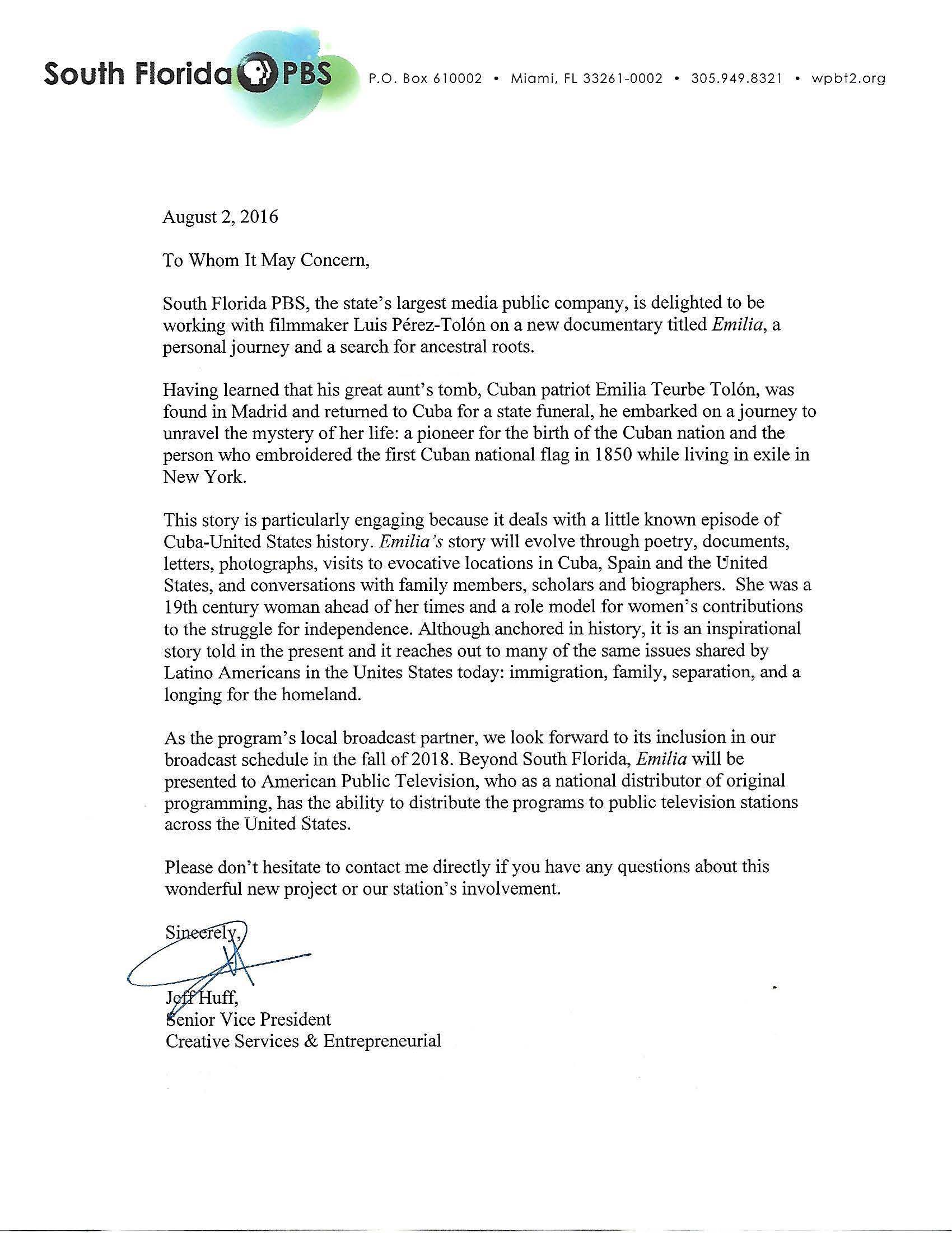