Zentient Arts is proud to announce that CBS Miami has broadcast a story on the Emilia documentary that we are working on. Emilia Teurbe Tolón, was a pioneer for the birth of the Cuban nation and the person who embroidered the first Cuban national flag in 1850 while living in exile in New York.

Below is the story from Eliott Rodriguez of CBS Miami

HAVANA (CBSMiami) – A Miami filmmaker is taking his audiences back 167 years to explore the history of Cuba.

Luis Perez Tolon is working on a documentary scheduled for release in November. The film, titled “Emilia,” is about the woman who sewed the first Cuban flag in 1850. Her name was Emilia Teurbe Tolon, and she happens to be the filmmaker’s great-great aunt.

“Emilia Tuerbe Tolon was my grandfather’s great aunt,” Perez Tolon said. “I had always heard stories about her from my grandfather. I also had a stamp with her picture on it issued in Cuba in 1950 commemorating the 100 year anniversary of the flag.”

Perez Tolon traveled to Spain, New York and Cuba to tell the story of his famous ancestor.

A fighter for Cuban independence from Spain, Emilia was deported from Cuba by Spanish authorities in 1850.

She joined her husband in New York, where a group of Cuban freedom fighters had designed a flag and coat of arms for the new republic of Cuba. In 1850, Emilia sewed the first flag, making her Cuba’s Betsy Ross. 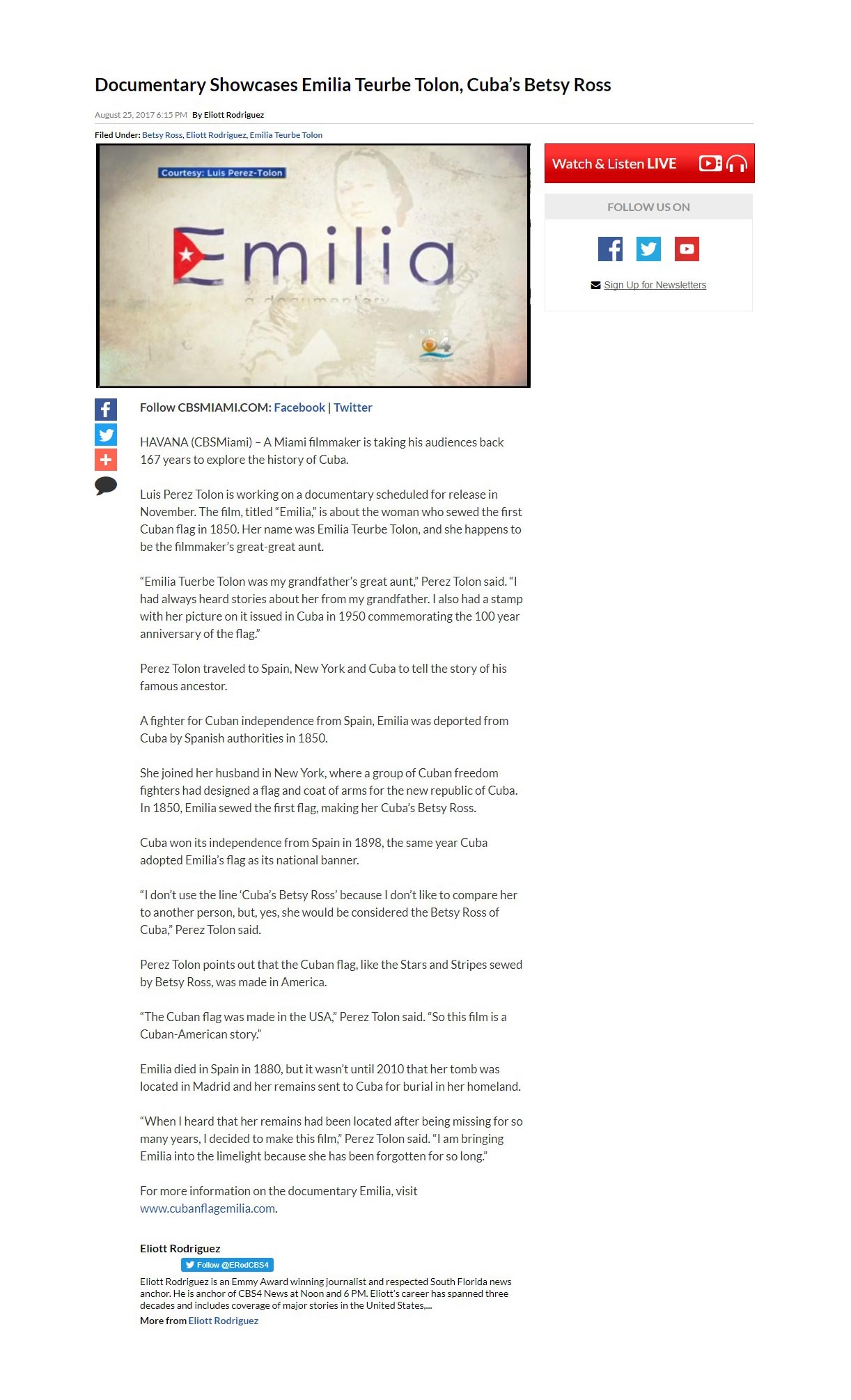